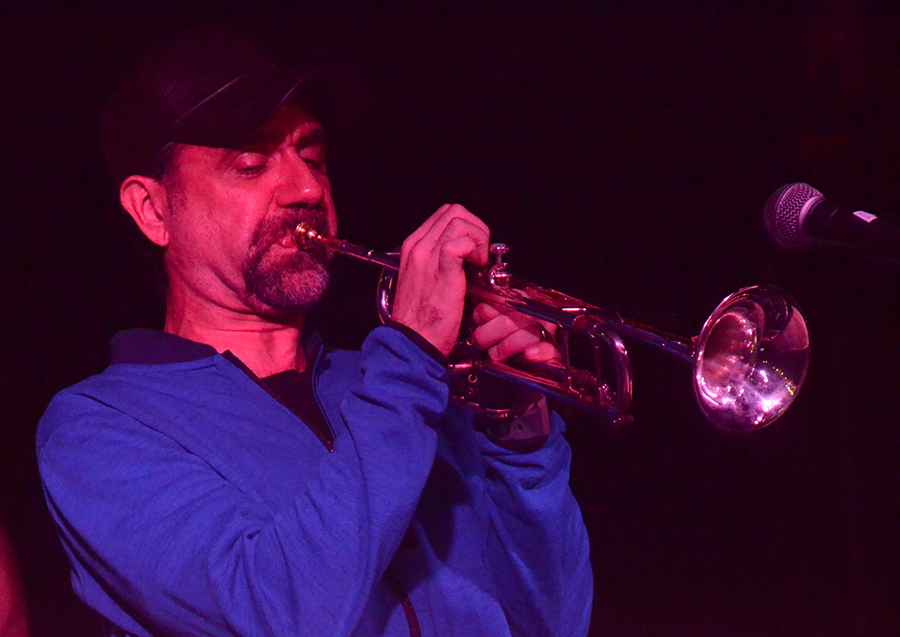 Christopher M. Moors is the Manager of The Music Shoppe & founder of The Music Shoppe Lesson Studios in Champaign.  He is well known throughout the Central Illinois area as a performer, teacher, composer, and local TV/radio personality.  In the central Illinois area he has performed with Danville Symphony (10 years), Champaign-Urbana Symphony, Sinfonia da Camera, Illinois Symphony, Baroque Artists of Champaign-Urbana, Heartland Festival Orchestra, Prairie Ensemble, Candy Foster and the Shades of Blue, Tons O Fun Band, Sycamore Brass & his own jazz/rock ensemble Cosmology.

His brass instructors include Dr. Paul Willwerth, Richard Illman, Dr. Mike Ewald, Ray Sasaki, and Dr. Thomas Wirtel.  Moors has over 20 years experience teaching students of all age levels throughout Michigan, Minnesota and Illinois.  He has a B.M.E. from Central Michigan University, a M.M. from Michigan State University, and served as graduate assistant at the University of Illinois.

CD’s he appears on include: “Passages” in celebration of the 40th Anniversary of the Experimental Music Studios at the University of Illinois, “Sousa, El Capitan” by Sinfonia da Camera on the Zephyr label, and “Blue Shades” the music of Frank Ticheli by Michigan State University Wind Symphony.

Christopher Moors is a performer, teacher, and composer who plays frequently in the Champaign area.  He is also known from his frequent appearances on CI Living and as Manager of The Music Shoppe.

Coming from the strong music state of Michigan, he grew up in Alpena, MI, has a B.M.E. from Central Michigan, and a Master’s in Performance from Michigan State.

In the late 90s, he came to town as a T. A. at U of I while working with Mike Ewald & Ray Sasaki on trumpet and Tom Wirtel (Shab) on jazz and composition.

With roots in the classical, he has performed with many of the orchestras in the area including Danville Symphony (10 years), C-U Symphony, Sinfonia da Camera, Prairie Ensemble, and B.A.C.H.

In the years 2000-2006 Moors lived in Minneapolis, freelancing and teaching in a variety of capacities.  During this time, he wrote over 100 songs with additional writings and art.

Coming back to Champaign in 2006, Chris was so happy to return that he wrote a song that just may yet become the combined city’s song, A Town Like Champaign-Urbana.

Chris has also been seen in town playing with the Candy Foster band and the band of brothers in the Tons O Fun Band.  Now he is fronting his own band Cosmology – a combination of jazz & rock.